Contributor
The map is no where near done yet, however over the last 4 or so days straight I have been working on this map constantly, ensuring a good mix of fun, story telling and difficulty as the path to escape the facility is subject to change every round (similar to maps such as neonoir_v10_impossible) so that no single round will give the same path.

I have already included one easter egg to get access to the music room which gives a 50/50 chance on unlocking. I will include more details on easter eggs when I make a player ready version.

The traps are planned to be intersting and will simulate various events (which may involve death) in SCP CB. Including interactions with SCPs including a fully animated SCP 096 (shy guy) (- also to be done).

Here are some screenshots of what I have done so far and I hope you are as excited as I am to finishing this map :)

Initial spawn, in SCP 173's containment chamber, like how you start in the original SCP Containment breach after you are taken to be tested on as a D-Class. DONT BLINK ONCE YOU LEAVE!

First hallway. Includes the trigger to the music room easter egg and 3 traps. 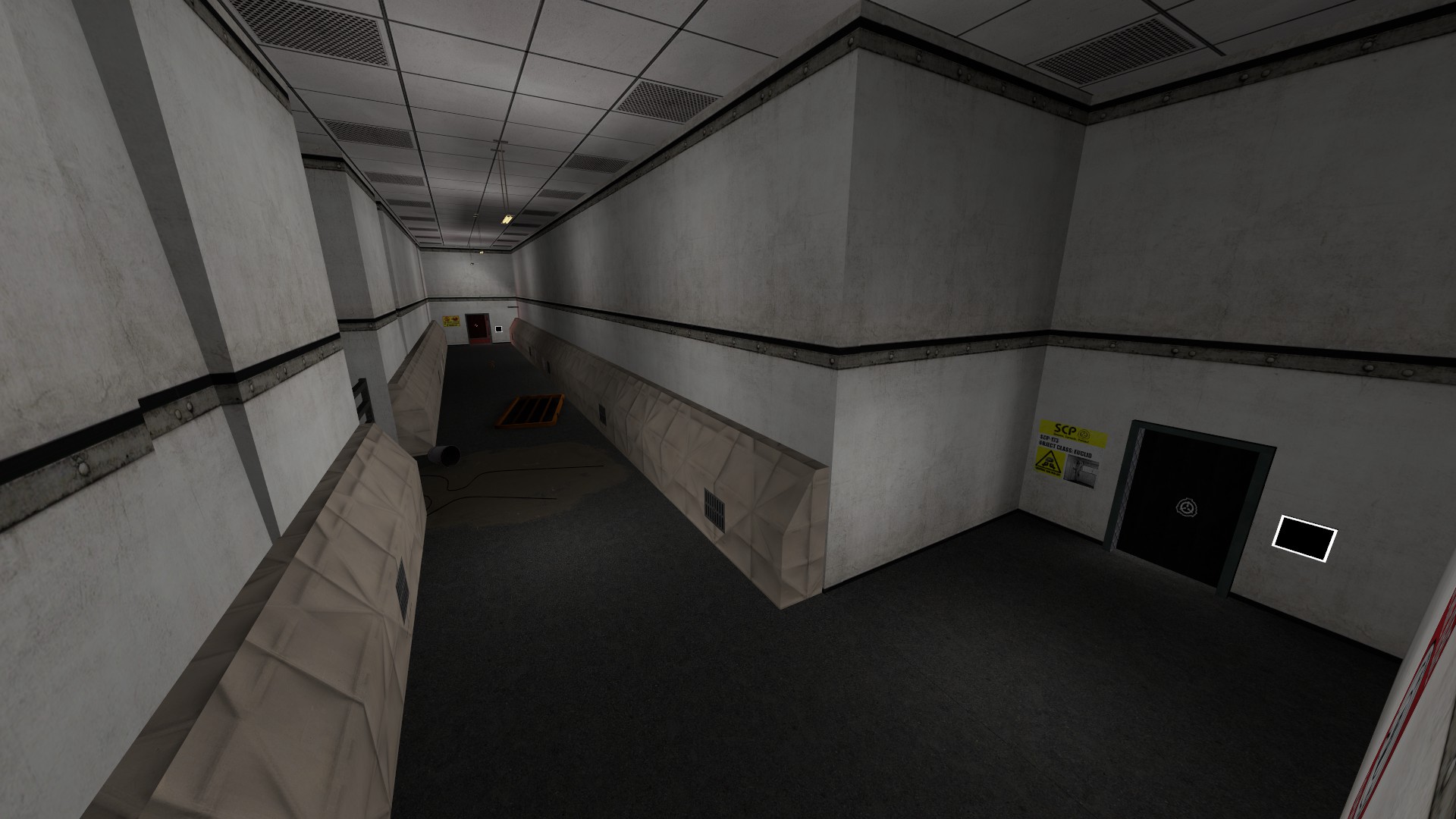 The 2 path hallway. Round will either trigger the pocket dimension route to heavy containment (trigger will cause the floor to break in the middle of the puddle which leads there), or the light containment zone route (The button on the left will show a green sprite) where the runners will have to go into the surveillance room to disable the remote door controls on the checkpoint. 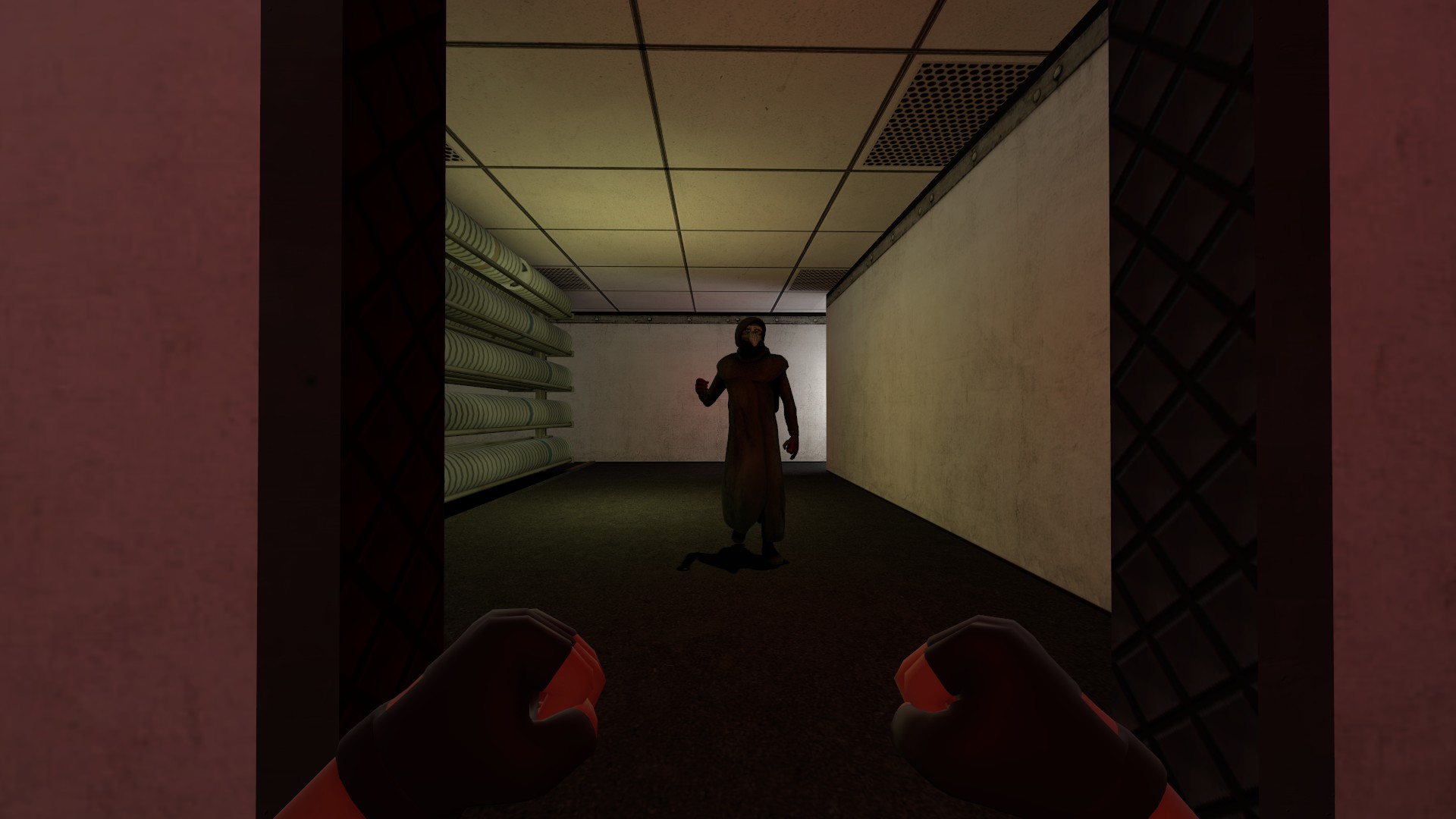 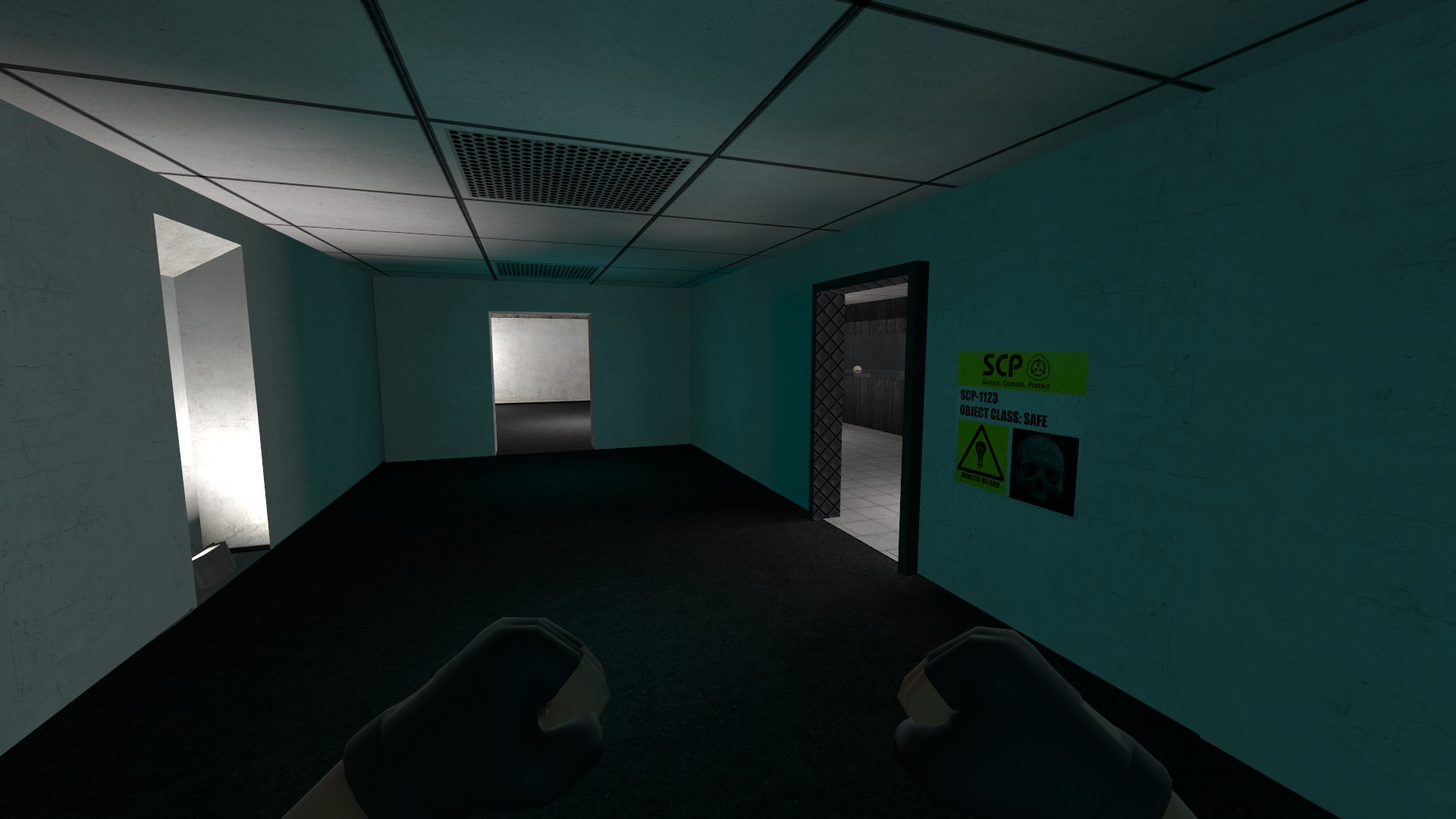 Once again, all is subject to change as this is unfinished. Be sure to let me know what you think.
Reactions: TehSoldierPig, Italian Doctor and StereoBucket